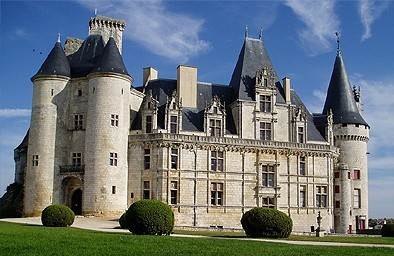 Rent of boat without license on the Charente.
Large and winding, the river Charente quoted by François the 1st as the most beautiful stream in the Kingdom , runs through the ancient counties of Langoumois and La Saintonge. For 171 km, from Angoulême to the Ocean, the Charente is regulated by 21 locks. The ancient vineyards cover the surrounding hills. Many cellars and distilleries will invite you to taste the famous Cognac or delicious Pineau. Along your cruise, you will find many villages and towns that are testimonies to a rich past such as Angoulême, Fleurac, St Simeux, Châteauneuf, Saint-Simon, Bassac, Jarnac, Saint-Brice, Cognac, Saintes, Saint-Savinien, and Rochefort. In the Charente area, the gastronomy based on seafood is waiting for you along the river with many of its restaurants preparing local specialities (mouclade, oysters …). Fishermen will not be forgotten and will find plenty of brown trout, carp, pike, perche, and eels …

Sireuil
Large and winding, the river Charente quoted by François the 1st as « the most beautiful stream in the Kingdom », runs through the ancient counties of... see

Jarnac
Enjoy the charm and tranquility of this green city nestled in the heart of the Charente vineyards . Fishing, swimming, sports , hiking will program this... see

Cognac
Between Loire and Garonne, the Charente River runs slowly through Angoulême and the vineyards of Cognac to the Atlantic Ocean. This region is famous for its... see